It is a rare independent bottling of Oban and the whisky was gifted to Oban Lifeboat to mark its 40th Anniversary last year.

Each bottle is individually numbered but stocks are limited and there are only 297 bottles available.

Named after the famously peaty loch near the distillery, the Loch Gorm range will be the only sherry cask-matured release from Kilchoman.

Only 10,000 bottles of the inaugural five year-old bottling will be available worldwide and it is expected to sell quickly.

Anthony Wills, Managing Director of Kilchoman, said: “Over the years we have released a limited number of sherry-matured Kilchoman bottlings, all of which proved very popular with our customers. Loch Gorm shows wonderful balance between the peat smoke and spicy rich flavours, typical of sherry cask maturation.”

As with the two other ranges in Kilchoman’s portfolio, Machir Bay and 100% Islay, a new bottling of Loch Gorm will be periodically released as the whisky matures, with each bottling differentiated by distillation and bottling years printed on the label.

Founded in 2005, Kilchoman is one of the smallest distilleries in Scotland and the first distillery to be built on Islay for 125 years.

A working farm distillery, it is one of only a handful of distilleries still practicing floor malting. Kilchoman also grows its own barley, and completes all parts of the production process, from barley to bottling on the island.

Available soon from The Whisky Exchange.

Nose: soft peaty aromas and a blend of soft fruits and spice
Palate: an initial sweetness is followed by soft peat smoke, mixed fruits and spice
Finish: a long clean finish with a depth of character and richness that belies its tender age 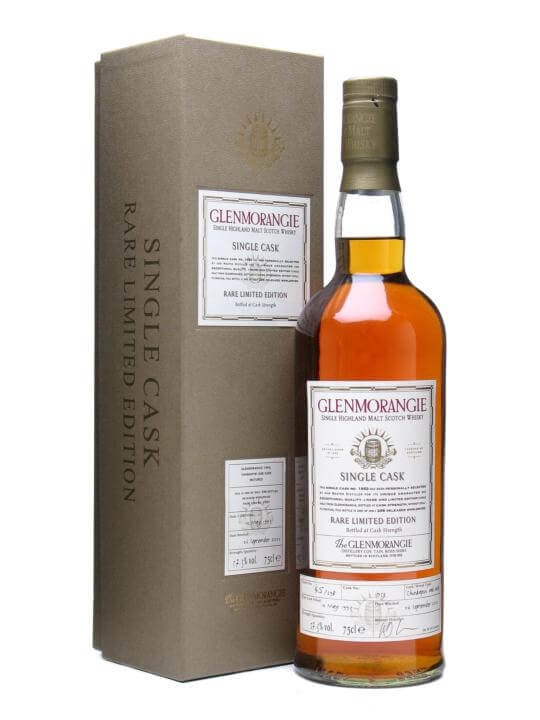 75cl / 57.3% / Distillery Bottling – A very limited release from Glenmorangie showcasing one of their successful experiments with different woods. This was matured in casks made from Chinkapin oak, native to North America, and was originally an exclusive bottling for World of Whiskies at Heathrow.