Irish Distillers has unveiled a new look and line-up for its popular Powers range including the addition of a new Single Pot Still expression, Powers Signature Release, which will be available in Ireland and the USA from September 2013.

There is also new packaging and a new recipe for its seminal Powers Gold Label.

Powers Signature Release is the second Single Pot Still whiskey to be added to the Powers family, following the release of the ultra-premium Powers John’s Lane Release in May 2011.
The new expression bears the hallmark spicy flavours that are typical of the Powers whiskeys, with black pepper, honey, vanilla and berries in abundance. Using the signature Powers pot still distillate, it has been matured mainly in American bourbon barrels with the subtle inclusion of whiskey matured in Spanish Oloroso sherry casks.

Powers Signature Release was introduced to whiskey fans for the first time in the US at WhiskyFest Chicago in April this year and will be on shelf in the USA and Ireland from September.

The new-recipe, new-look Powers Gold Label has taken inspiration from the brand’s history and features a higher strength abv of 43.2% and will be non chill filtered, allowing the spicy pot still character of the whiskey to come to the fore. Being able to release a non chill filtered whiskey at strength lower than the industry norm of 46% is directly related to the proprietary triple distillation process which Powers uses.

Anna Malmhake, CEO at Irish Distillers Pernod Ricard, says: “Powers has been long been regarded by whiskey lovers throughout Ireland and the world as the ‘whiskey drinker’s whiskey’ and recognised for its traditional, full-bodied pot still flavours. With demand for Irish whiskey now stronger than ever, it’s an exciting time of opportunity for the category in general and for Powers in particular. The timing is ideal to harness the tremendous reputation of Powers and to showcase its quality to an ever increasing number of super-premium whiskey drinkers.”

“With whiskey drinkers increasingly prioritising craft and quality in their purchasing decisions, we see excellent growth potential for the super-premium segment of the Irish Whiskey category so we are confident that the new Powers range will be a big hit for discerning whiskey drinkers, as they continue to explore and discover the many great whiskeys that Irish Distillers’ extensive portfolio has to offer.”

The introduction of the new-look Powers range is the latest in a series of innovations from Irish Distillers, owner of the world’s leading Irish whiskey brand, Jameson. May 2011 saw the release of its award winning range of Single Pot Still whiskeys and a subsequent release of numerous other whiskeys reaffirming the company’s commitment to growing the Irish Whiskey category and to improving consumer awareness and understanding of the excellent quality of Irish Whiskeys at all price points.

Nose:
Aromatic Pot Still spices, soft cinnamon, a tincture of clove oil and a dusting of white pepper in balance with russet apples and ripe pears, all on a background of charred oak.

Taste:
The rich Pot Still spices, cinnamon, green peppers and a touch of nutmeg combine effortlessly with orchard fruits, vanilla and toasted oak. All laid upon a crisp barley core.

Finish:
The lingering Pot Still oils and spices slowly fade leaving the wood and the barley competing for the last word.

Nose:
Opens with the undeniable aromatics of traditional Pot Still Irish Whiskey. Triple distillation in Copper Pot Stills and years of maturation in top grade oak casks produce the crisp fresh herbal notes of garden mint and bergamot, balanced with more robust spicy touches of nutmeg, fig and black peppercorns. The sweet vanilla notes are laid upon a background of Charred American Oak and the subtle use of ex-Oloroso sherry butts, from Iberian oak, brings some succulent berry fruits to the mix.

Taste:
The initial mouth coating, typical of Single Pot Still Irish Whiskey, is succulently sweet with vanilla and leads into the warming flavours of the charred oak casks. Hints of black liquorice and cinnamon slowly allow some fruit to appear – melons, green apples and pears. Then, as the richness subsides, there is a crisp flinty acknowledgement of the barley.

Finish:
Long and wonderfully complex. An unhurried journey through an impressive flavour spectrum.

Whisky Online has 2 New additions to it’s range this week with whiskies from the Speyside region. 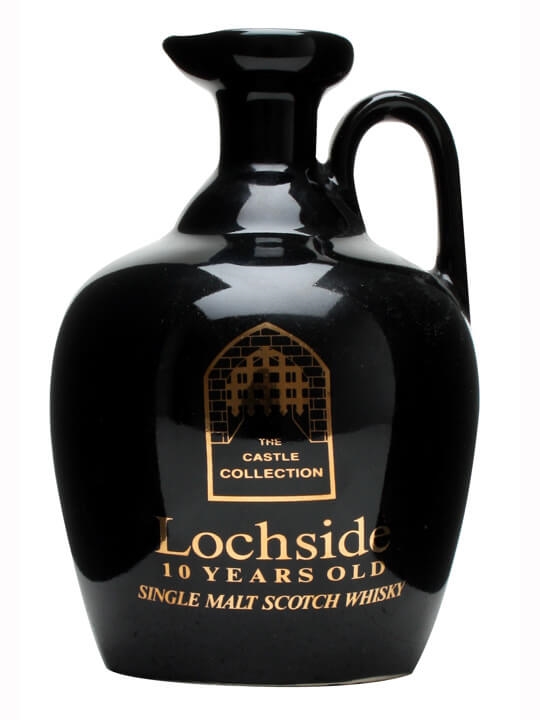