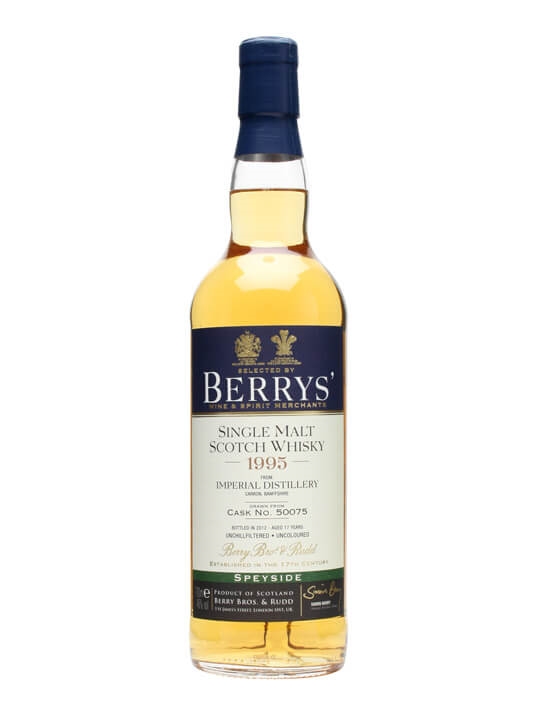 70cl / 46% / Berry Bros & Rudd – A 1995 vintage single cask whisky from Imperial, closed and being demolished at the time of this bottle’s release, ready for a new distillery to be built in its place. This was aged for 17 years before being bottled by Berry Brothers and Rudd.