Edencrofts are able to offer a limited edition exclusive Highland release from Old Pulteney – The Navigator.

Available from 16th September, this Old Pulteney is a release to celebrate their entry in the Clipper 2013-14 Round the World Yacht Race.

The yacht, which is part of the newly designed Clipper 70 fleet will debut in the ninth edition of the world’s longest ocean race and will be called, un-surprisingly, Old Pulteney. The yacht has been designed to replicate the Navigator packaging.

Known as the ‘Maritime Malt,’ because of Old Pulteney whisky’s strong maritime heritage and long standing involvement with sailing it also holds the coveted title of ‘World Whisky of the Year’ courtesy of Jim Murray’s Whisky Bible.

Old Pulteney Senior Brand Manager Margaret Mary Clarke commented: “Old Pulteney has a long and rich association with the sea, from our coastal location and maritime heritage to our involvement with sailing communities around the world today. We are therefore thrilled and very proud to unveil our partnership with the Clipper 2013-14 Round the World Race, which will be our biggest global sponsorship to date. Our whisky is enjoyed by people who love sailing and with Clipper, we are looking forward to embarking on the sailing adventure of a lifetime.”

The Clipper Race fleet is made up of twelve brand new identical ocean racers with each one sponsored by a different destination or brand and is due to leave for the 40,000-mile, 11 month adventure on Sunday, 1 September from St Katharine Dock, London.

Matured in ex American bourbon and ex Spanish Sherry casks.
Colour: Honeycomb.
Nose: Sweet and crisp. Layers of tangy apples and dried fruit harmonise with hints of chocolate and fresh vanilla.
Taste: Full-bodied and rich in flavour. A burst of honey, cocoa and oranges eases into a long-lasting, spicy finish with a maritime surprise at the end.

Old Pulteney – Navigator will be available from Edencrofts from 16th September – £ 38.75 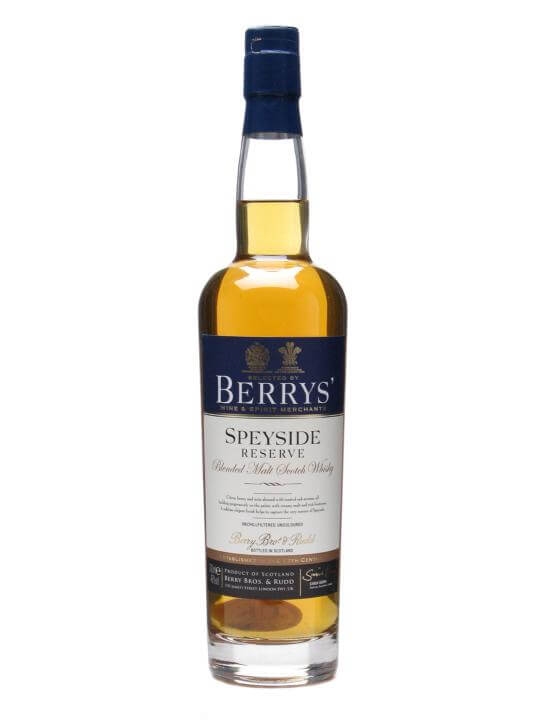 70cl / 46% – A blended malt whisky from Berry Brothers and Rudd, bringing together malts from all over the region to produce their Speyside Reserve.