Named after the famously peaty loch in front of their distillery on Islay, Kilchoman draws the water for Loch Gorm from the burn that runs into the loch.

Only 2850 cases (17,100 bottles) of this five year-old bottling will be available worldwide.

The first edition, released in April last year, was awarded the prestigious 2013 IWSC Gold (2013 edition) so the benchmark for the second release had been set high.

No problem, this Kilchoman has delivered this with ease to produce a lovely malt full of warmth and flavour!

Fully matured from filling to bottling in fresh Oloroso sherry butts, The Loch Gorm range is the only all sherry cask-matured expression from Kilchoman.

Anthony Wills, Managing Director of Kilchoman, said: “Our sherry cask matured releases have proved very popular and this is the third and most mature to date so we anticipate this latest offering to be very well received.
Loch Gorm shows wonderful balance between the peat smoke and spicy rich flavours, typical of sherry cask maturation, producing a unique flavour which characterises Kilchoman whiskies.”

Kilchoman was founded in 2005 and is one of the smallest distilleries in Scotland and was the first distillery to be built on Islay for 125 years.

A working farm distillery, it is one of only a handful of distilleries still practising floor malting.

Kilchoman also grows a portion of its barley at the distillery, and completes all parts of the production process, from barley to bottling on the island.

Many thanks to Kilchoman for the sample. 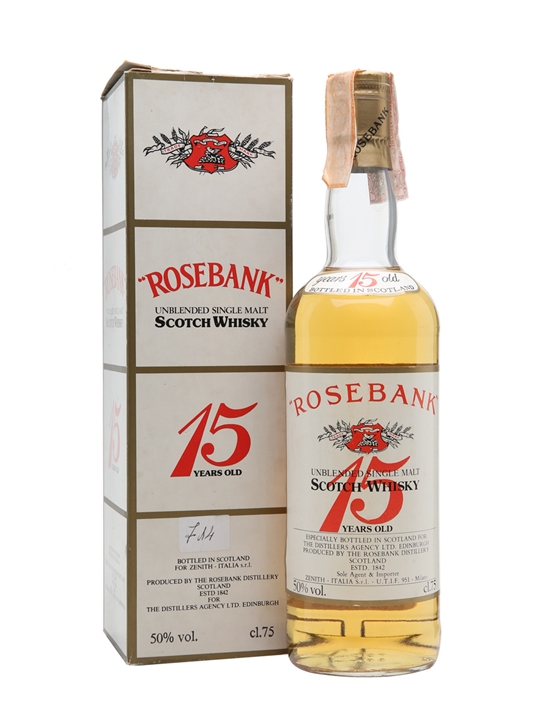 75cl / 50% / Distillery Bottling – A very rare official bottling of Rosebank, this high-strength 15yo dates from the 1980s (when the distillery was still open) and has a wonderful old-fashioned steely austerity uncharacteristic for such a relatively easy-going spirit. Water reveals a bitter lemon and other tangy citrus notes. A classic of this ‘pure’ style.