Talking about The Glenlivet Alpha – Master of Malt is giving away a bottle of the new, limited edition Single Malt Scotch Whisky to one lucky customer!

By purchasing any 70cl bottle of The Glenlivet from the Master of Malt website from 8th to 15th May or when 99 bottles have been sold, customers can earn a chance to win this unique Single Malt Scotch Whisky, only 600 of which are available to the UK market.

Be quick though – at this time there’s only 13 chances left!

Presented in a black bottle to preserve the mystery, consumers are encouraged to let taste and smell lead their experience of The Glenlivet Alpha rather than be led by what others say.

Connoisseurs of the range will be able to identify its signature style but also discover a new flavour palate due to the inclusion of never-before-released spirits.

The Glenlivet Alpha launch will also include a Facebook page, and there’s a YouTube video you can watch as well.

The campaign will bring The Glenlivet Alpha to life with a launch film, advertising, in-store activity and a global media launch event in London.

Additional films, which explore the roles of sight, smell, taste and feel on flavour perception, will be hosted on The Glenlivet’s digital social media platforms and will link through to online sensory challenges that allow consumers to gradually unlock the secrets of The Glenlivet Alpha.

Sensory experts including taste visualisation specialists, Greyworld, will also be working with the brand on the campaign.

In June, the mystery behind The Glenlivet Alpha will be revealed by Master Distiller Alan Winchester in a global broadcast to The Glenlivet fans on www.theglenlivet.com and on the brand’s Facebook page.

Nikki Burgess, for The Glenlivet, said: “The Glenlivet is famous for its smooth, full bodied flavour and with the launch of The Glenlivet Alpha we’re excited to be exploring this in an original way. This is the first time anyone has launched a ‘blind’ whisky in this way and we are confident that this innovative campaign will excite whisky drinkers and help them to truly appreciate single malt and understand the flavours they taste in The Glenlivet’s award-winning range.”

With only 3,500 bottles available worldwide, The Glenlivet Alpha will not be available for long! 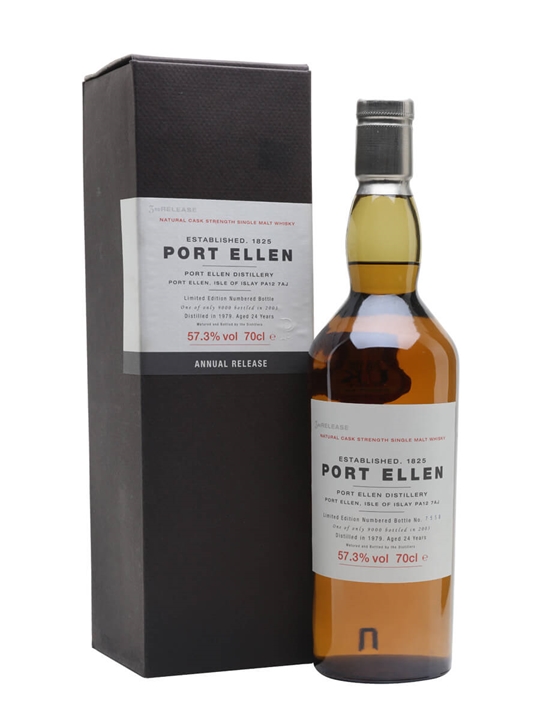 70cl / 57.3% / Distillery Bottling – The eighth release sold out in a few days and the first edition now commands about a grand if you can find it, so this is a bargain. Classic PE kippers ‘n’ slippers character, with plenty of grunt from the high alcohol.