Jameson Original has been crowned ‘Irish Blend of the Year’ for the third year running in the recently-released 2014 edition of Jim Murray’s Whisky Bible.

Murray gave Jameson Original an impressive 95/100 points, remarking that he was “blown away as usual” and that “this very special whiskey remains in truly wondrous form”.

Brian Nation, Irish Distiller’s Master Distiller, said: “We’re over the moon that so many of our whiskeys have been recognized for their high quality by Jim Murray. Plaudits like this mean a lot to all of us at the Midleton Distillery; we take great pride in ensuring the consistency and high standards that whiskey fans have come to expect from our whiskeys, so to receive this recognition from such an eminent figure in the whiskey world as Jim Murray is a great honour.”

The success in Jim Murray’s Whisky Bible follows a momentous year for Irish Distillers, which saw the company unveil a host of new initiatives – including its new Garden Stillhouse and the first-ever Irish Whiskey Academy – as it aims to continue the Irish whiskey category’s consistently strong growth.

Win a Whisky Advent Calendar with Drinks by the Dram!

There is still a chance for whisky lovers to win a Whisky Advent Calendar!

The Whisky Advent Calendar Twitter competition will run until the 29th of November 2013 with a total of 12 calendars to be won.

The competition days fall on Mondays, Wednesdays, and Fridays of each week

The back of each calendar displays detailed information about various cask sizes, allowing whisky enthusiasts to expand their whisky knowledge while they explore the 24 different drams within the calendar. 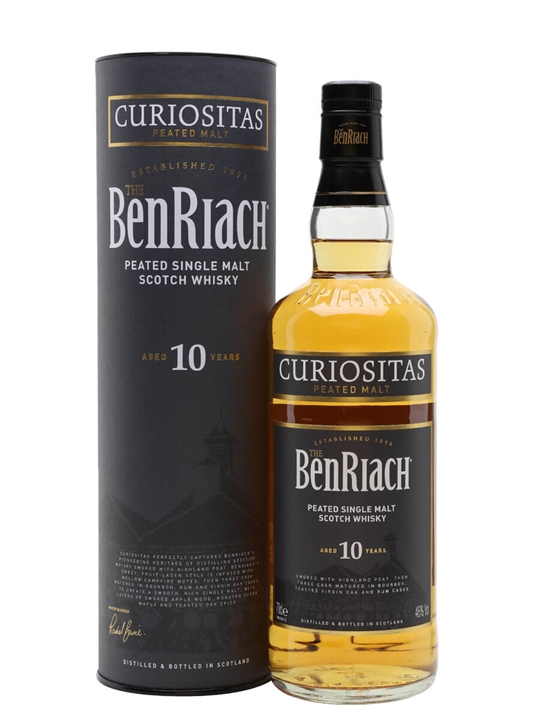 70cl / 40% / Distillery Bottling – Curiositas is the hugely popular 10 year-old peated malt from the recently-revitalised Benriach distillery. One of the few overtly peated Speyside malts, and definitely one to try for phenol fans.